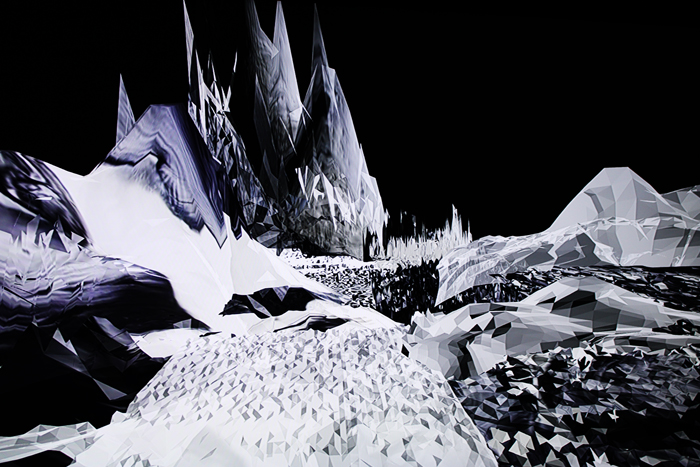 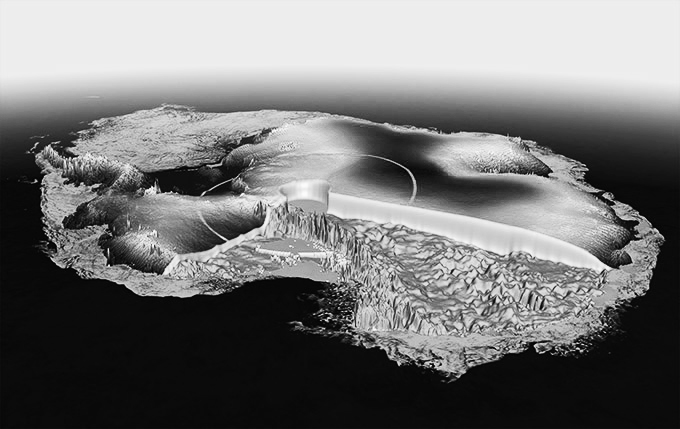 The polar ice cap is a thick layer of ice that covers a bedrock. It results from a long accumulation of layers of snow over tens of thousands of years.
The layers of fresh snow accumulate gradually and under their weight, ice crystals that make up flakes will settle on top of each other to give névé, a snowy material between snow and ice.
After years of accumulaion, we get a beginning of largely stratified ice cap.
Thus, on the surface of the glacier is the freshly fallen snow. At a deeper level, we move to névé (packed snow) and, even more deeply, we reach pure ice where the settlement is such that it has made the air bubbles more or less invisible. 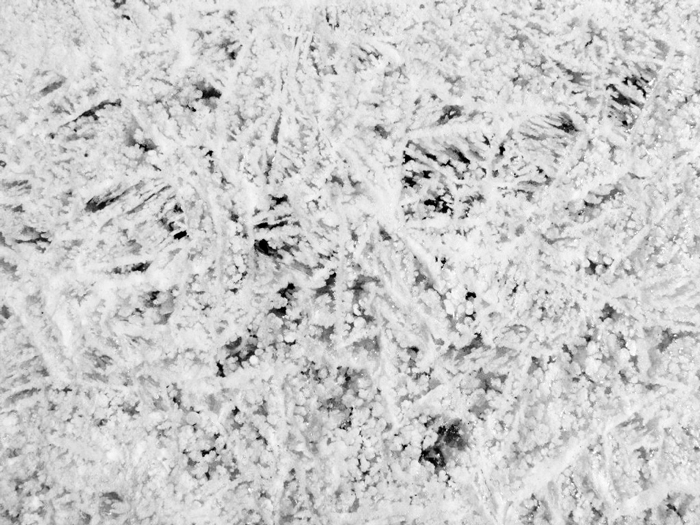 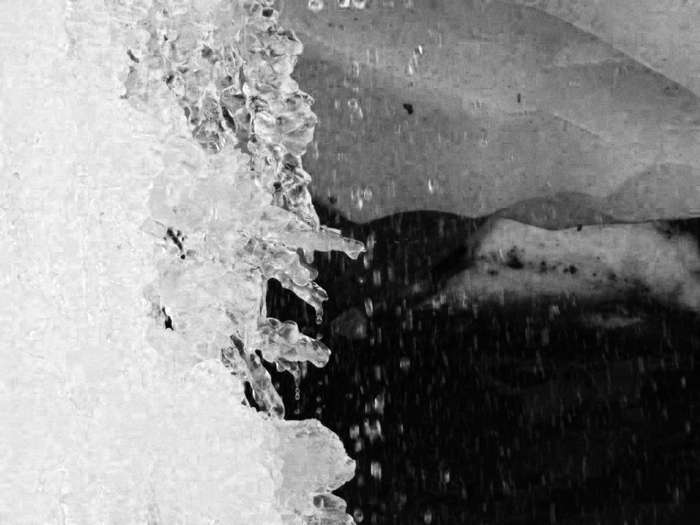 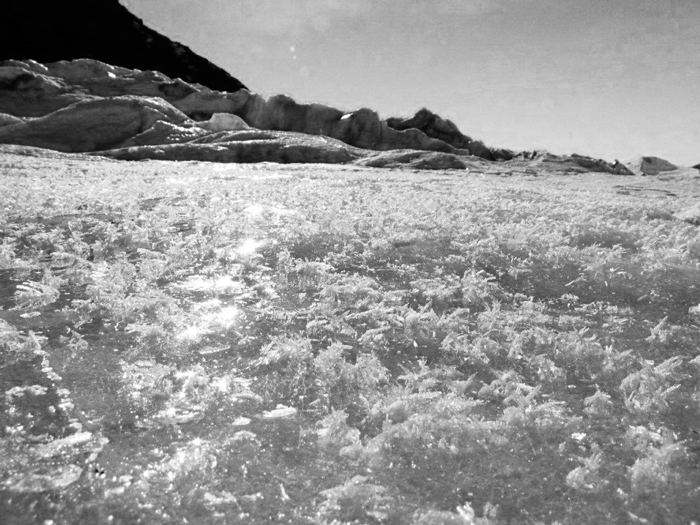 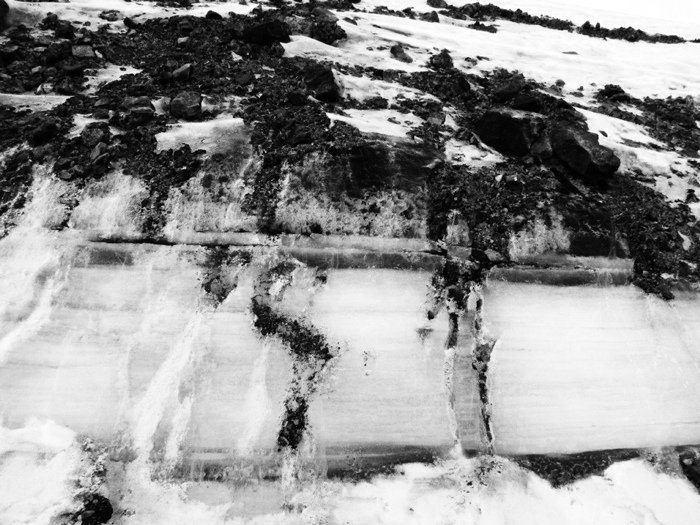 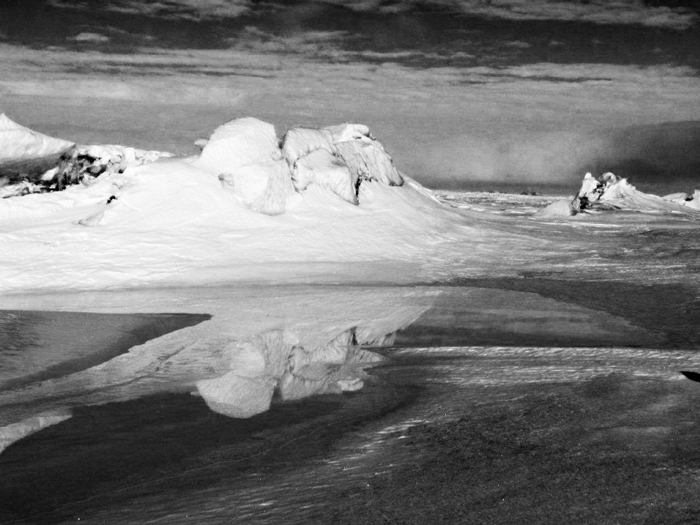 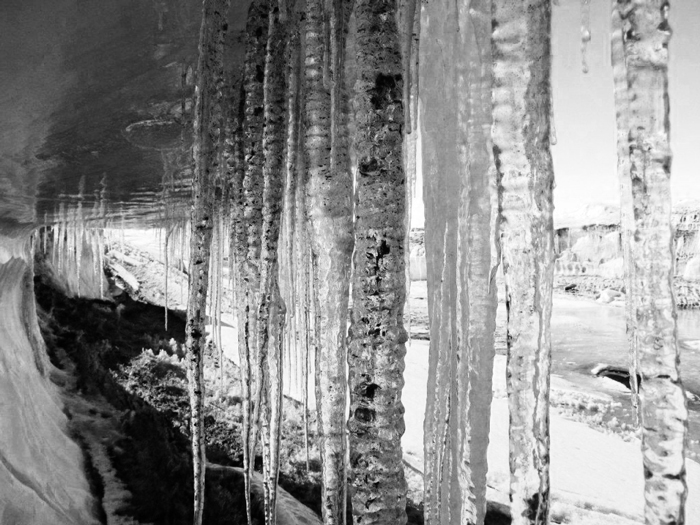 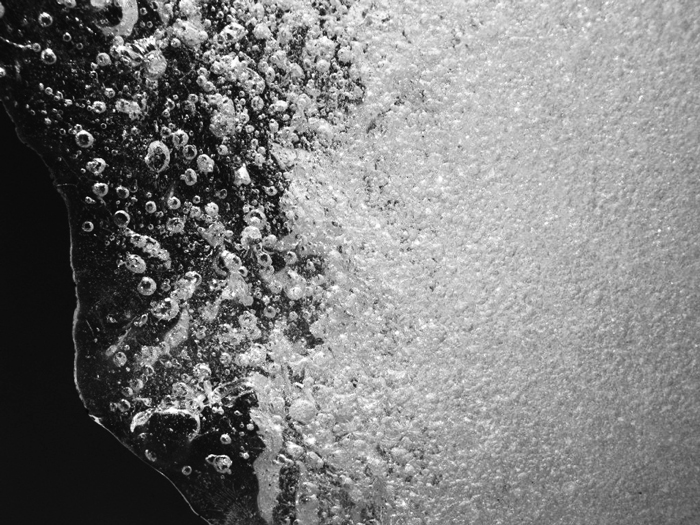 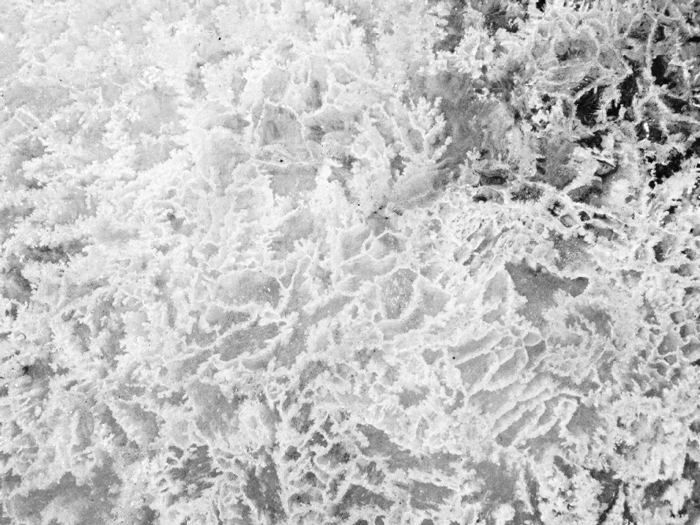 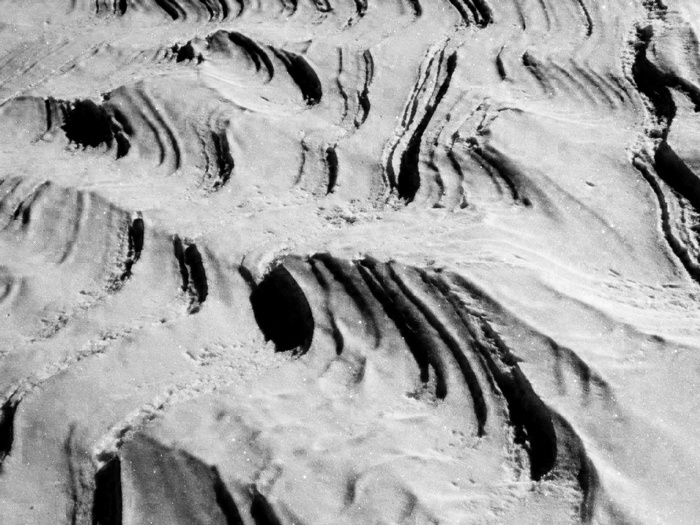 Ice sheet, ice floe, permafrost, névé... all of this elements that can be formed by ice with time, accumulaton and climatic conditions.
Here are some textures and aspects : windswept snow, stalactites, glacier ice with trapped air bubbles, frozen lake ice with wind-sculpted crystals, frost crystals...

Ice under its multiple forms and textures 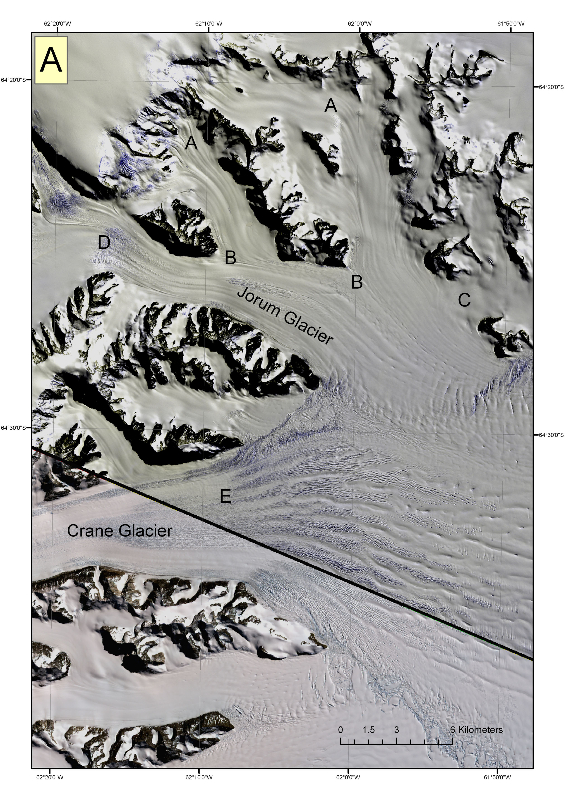 Cartography is an interesting example of a graphic translation of a landscape. Several states of ice are represented with different types of lines.

Lost in the polar night, we discover an island entirely made of ice, a mysterious landscape, both mesmerizing and disturbing.
In black and white, with a fascinating pattern of light and reflections, it is almost a lunar landscape. It shows the conditions - compared to those from spatial explorations - that face the scientists from the base of Concordia : an arid unirverse plunged into darkness.

An island of mysterious ice 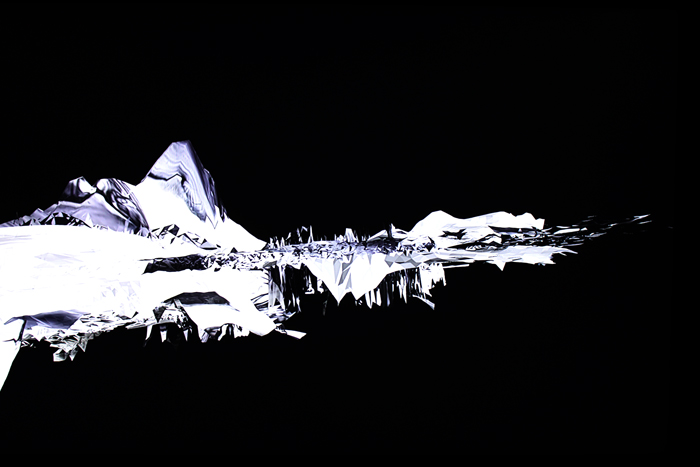 This landscape is made from different layers of ice, with particular aspects and textures, in wich the explorer can stroll and even walk through.
From crystals to ice mountains, from floe to stalactites, he can try to discover, understand what consitutes these elements, how they work and interact toguether.

Different layers and stratums of ice

Ice has its own cycle. Imperceptible to the naked eye, it is in perpetual motion.
In this universe, elements move as if they were breathing. They each have their own evolution and rythm. Are ther alive ?
By the means of interactivity, the user can discover, as an explorer, sounds they produce and even trigger their transformation.
Therefor, man as an impact on polar ice cap. 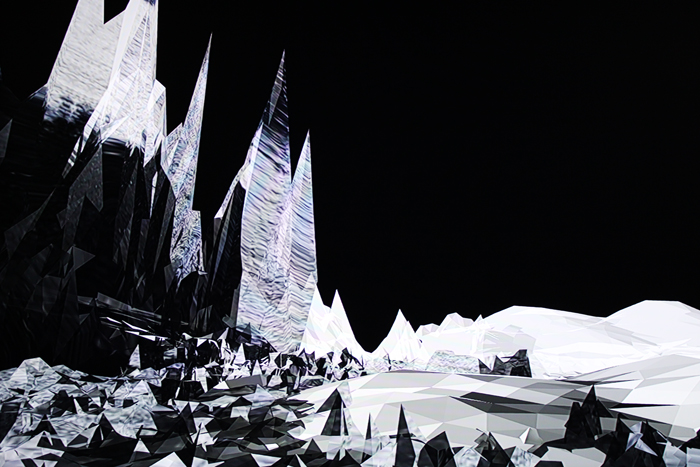 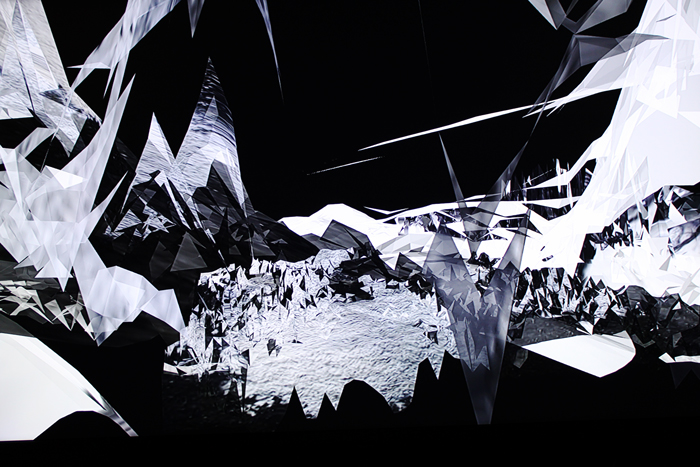 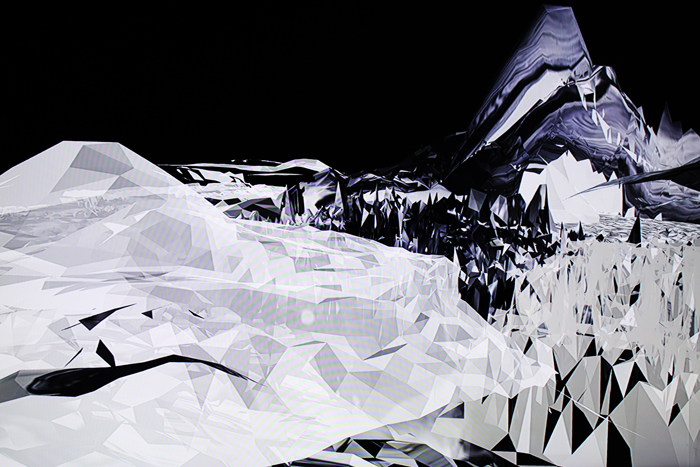 As the explorer walk around this landscape, he discovers clearly identifiable elements such as mountains, icebergs, floe...
A certain realism was wanted so the spectator would effortlessly associate the universe to the ice.

From a realistic graphic design 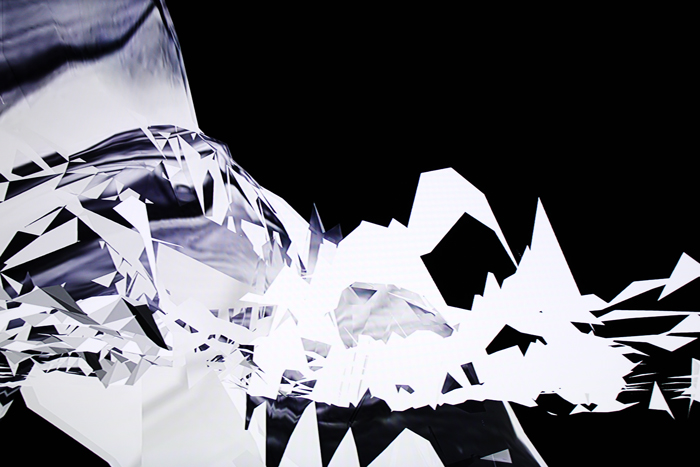 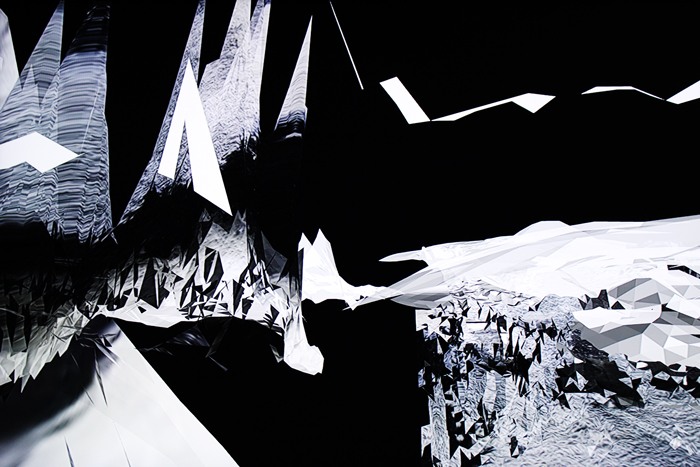 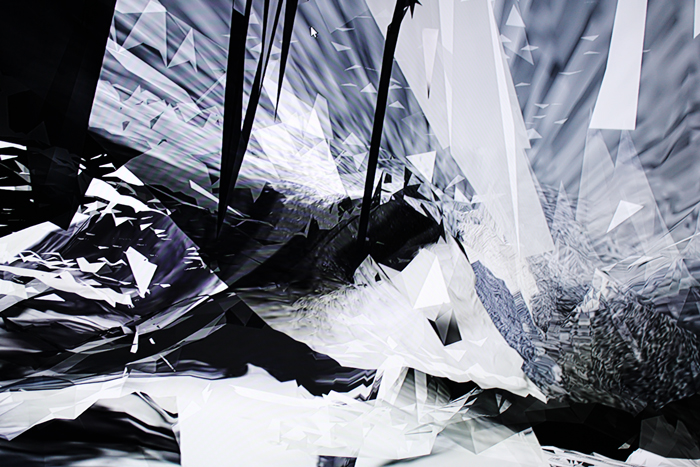 Then, the spectator-explorer arrives in some totaly abstract and purely graphic areas that engage the senses. They can also refer to the tension exerted by ice, to the biting dry cold, to the strenght of the wind, to the brightness of the snow...
The upside-down navigation throughout elements troubles the explorer and can get him lost in this palace of ice..

To an abstract graphic design

Polar ice has been in constant evolution
for tens of thousands years.
In Antarctica, scientists study it during six months, in the middle of austral winter, at the base of Concordia
What mysteries does this element contain ?
This interactive interface immerses the user,
as a scientific explorer, in a sensitive and visual experience,
which presents ice as a spectacular and precious living element. Welcome to the palace of ice.